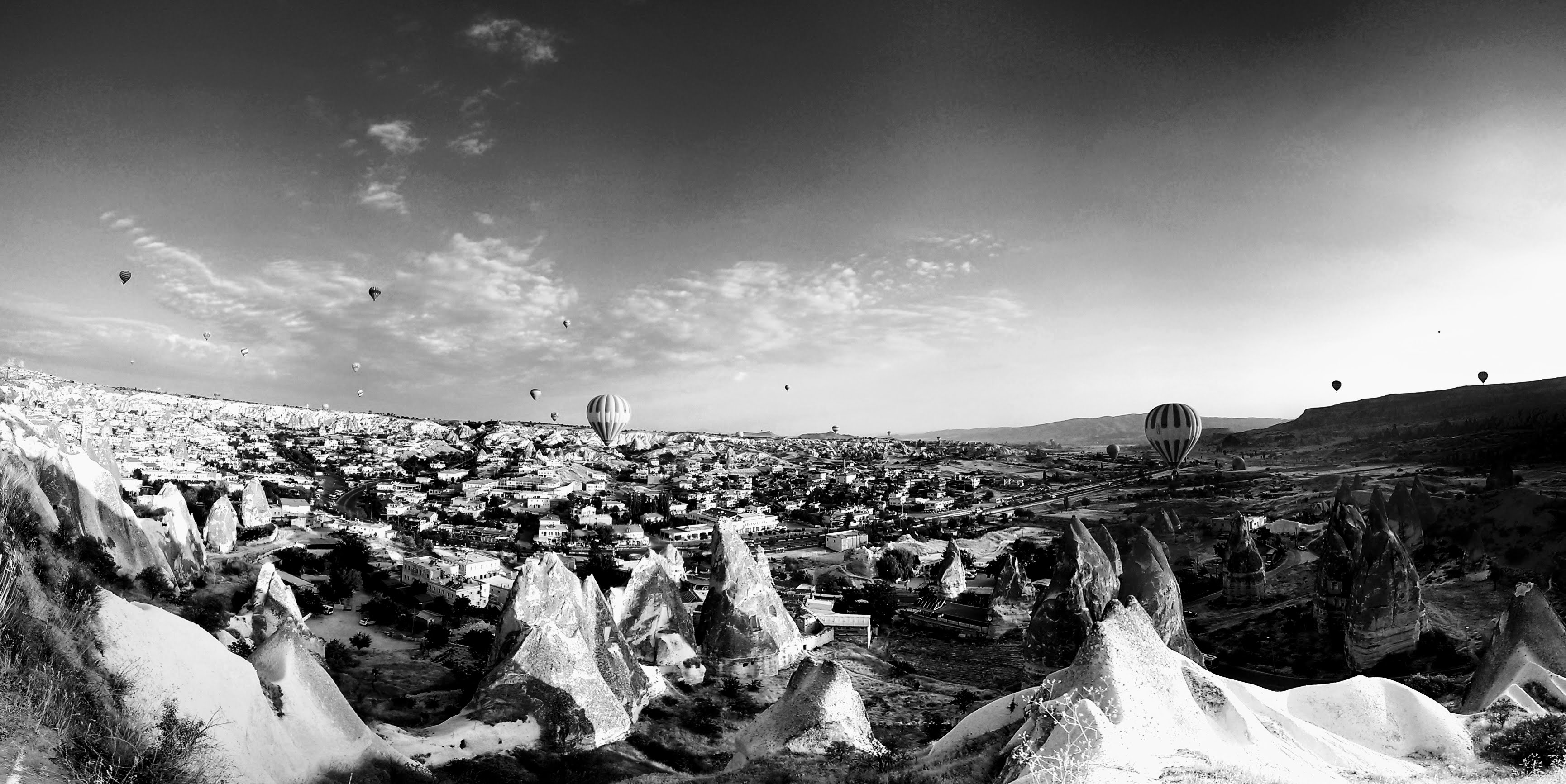 Balloons in scattered across a morning sky. Sand grains strewn on the ground. Seeds blown over a forest floor. Each of these phenomena can be represented mathematically as an object called a point process or random point field. Although it has a couple of mathematical interpretations, a point process is essentially just a collection of points randomly scattered on some mathematical space*, such as the real line, the Cartesian plane, a sphere, or more abstract spaces.

*The underlying mathematical space is sometimes called the carrier space or the state space, but the second term refers to something different from the state space used in the theory of stochastic processes.

The most important point process is the Poisson point process, which is one of the two most fundamental and studied mathematical objects in probability. (The other is the Wiener process or Brownian motion process, which is a type of random process or stochastic process, and it has been suggested by mathematicians such as John Kingman that the Poisson point process does not attract as much research attention as it should.) This point process can be defined on very general mathematical spaces, but usually the plane gives sufficient intuition. In this setting, each randomly located point can represent, for example, a star, a sand grain or a seed.

Definition of a Poisson point process

A point process \(N\) defined on some underlying space \(S\) is a Poisson point process with intensity measure \(\Lambda\) if it has the two following properties:

1 The number of points in a bounded Borel set \(B \subset S\) is a Poisson random variable with mean \(\Lambda(B)\).

where the set \(B\) is some subregion of the underlying state space \(S\). (As per standard probability assumptions, the set \(B\) has to be Borel measurable, but we do not focus on such details here.)

The Poisson point process is the cornerstone of fields where randomness meets geometry, such as spatial statistics, geometric probability and stochastic geometry. Researchers, scientists, and engineers have proposed using the Poisson point process to model various objects randomly positioned. In recent years, it has been used extensively to mathematically model the locations of transmitters and receivers in wireless communication networks such as cellular or mobile phone networks.

The Poisson point process is a highly useful and used random object. But we now need to simulate it on a computer, which will be the subject of a future post.

The Wikipedia article is a good starting point. The best book on the Poisson point process is the monograph Poisson Processes by Kingman. A recent and more theoretical book is Lecture Notes on the Poisson Process by Last and Penrose (the manuscript is freely available online here). More applied books include the classic Stochastic Geometry and its Applications by Chiu, Stoyan, Kendall and Mecke, and Statistical Inference and Simulation for Spatial Point Processes by Møller and Waagepetersen.

This web log or blog, to the use parlance of our times, is a place for me to discuss and explains problems or research ideas that I am working on or just find interesting. The emphasis will be on words over equations, with the aim of trying to give an intuitive explanation for mathematical concepts encountered in applied probability.

Much of my work involves the use of random simulations, which are also called stochastic or Monte Carlo simulations, so I will often be posting on ideas illustrated with simulations. Most of my experience is using MATLAB, so that will be my default programming language, but I also have experience in the statistics-focused language R, which arguably has the best spatial statistics package spatstat going around. I also use Python coupled with appropriate libraries such as NumPy, especially for machine learning work.

I am considering learning other languages to do random simulation work. A possible candidate here is the relatively new Julia language, although nothing seems to compete against MATLAB in terms of user friendliness.

Feel free to contact me for questions or to point out mistakes. I do appreciate it. I may even reply.